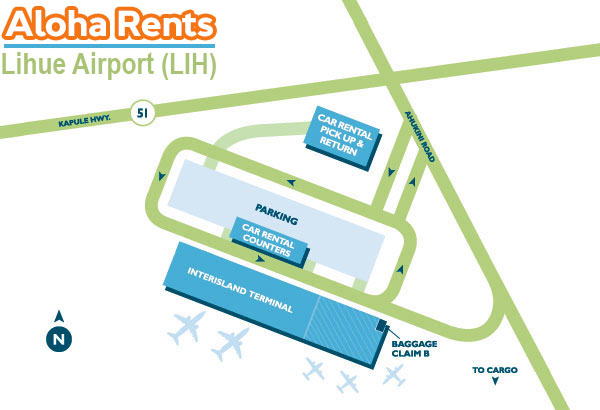 The Lihue Airport (LIH) is situated 1.5 miles east of Lihue, on the eastern side of Kauai. Lihue airport is mostly un-walled, and the check-in is completely outside. The (LIH) airport does not serve as a major hub for any airline. Although, numerous inter-island< flights are available daily, 7 days per week. The airport is the primary gateway to Kauai for visitors (mainly tourists).

Upon completing the rental car agreement you should go directly behind the car rental booths and board the shuttle bus which will take you to the car rental lots. The first stop houses the majority of the lots. The Thrifty Car Rental pick-up location is another 5 minutes further at 3120 Oihana Street. Using us for your next Kauai car rental saves you money.